The Annual General Meeting for The Independence Party will be on April 30, 2022 at the Baymont Inn in Red Deer.

We are hoping to have an many people as possible at the in-person event as this will likely be the last Annual General Meeting prior to the Election since the next provincial election must take place between March 1 and May 30, 2023. Meeting in-person helps to build coherence and energy in any political organization. Covid restrictions have prevented us from doing so over the last two years. We are counting on this year being different.

Please mark this event on your calendar and plan to attend. The cost will only be $20.00. We are hoping to have an entire new slate of people running for the Board so your votes are important to fill these positions. We will also introduce people who are building Constituency Associations across the province and giving everyone a renewed opportunity to get more involved in helping us build, expand and promote our Party as we approach Election 2023.

The AGM will include the Leader’s address, the election of the Board, introduction and debate on member-driven policy (more to come on that), out-reach by Constituency Associations, a vote for or against a Leadership review, an exciting Guest Speaker and more.

Please watch this Members Only space for updates on the AGM in the near future, and other matters, over the coming months. We intend to use this space to get our members engaged in the events and developments within the Party. We will send automatic email blasts letting members know that there is new information here on the website but will post all details on this Members page.

Trudeau: kicks Alberta while they're down, again

Justin Trudeau has called an election while Alberta is still struggling to get its head above water. This morning’s announcement shows the true nature of the anti-Albertan political machine in Ottawa. Trudeau is putting political gains and the consolidation of his own power ahead of the desperate need of Albertan workers and all of those who have had their lives decimated these past months.

The conservative opposition under the thumb of Erin O’toole has rolled out the red carpet for Justin Trudeau’s election victory this year. O’toole and his band of spineless yes men have not lifted a finger to oppose Trudeau’s disastrous policies and have instead done their best to take the wind out of the sails of pro-west politics. In fact, the so-called conservative party of Canada has joined Trudeau in the war against Alberta industry. With a notable example being O’toole’s dishonest carbon tax and his promise to keep in line with the net-zero emissions target following the United Nations’ Paris agreement. This is in line with the federal government’s pattern, which has been going strong since 1905, of slaughtering the western provinces to feed Ottawa’s special interest groups.

There is no realistic federal ballot choice to defend the Western provinces from Ottawa’s colonialism.  We have watched time and time again the exploitation of the hopes and dreams of Albertans by lying con-men who pretend there is a way to get a fair deal for Alberta in Canada. Each and every time history has sadly disappointed them and will continue to do so. The only thing left to do is refuse to play the game.  Come 2023 be ready to vote for independence; the only real answer to the Western dilemma. We hope that this election you will do something more constructive than voting federally, such as having a barbeque with friends and family.

SAVE YOUR VOTE FOR INDEPENDENCE

"There can be no tyrants where there are no slaves." Jose Rizal

Jason Kenney does not know the strength of the Alberta spirit, nor can he seem to manage it.  Two principled MLA's have stood up for the people they represent and have called for his resignation.  Of course this has led to their expulsion from the UCP Caucus.
The Independence Party would like to extend their appreciation to Drew Barnes and Todd Loewen for taking the higher road. Like them we believe the leader of the UCP has lost the faith of the base that voted him in and is severely mismanaging this crisis in Alberta. It is time for Jason Kenney to step down.
We would also like to call on the other 15 MLA's, who signed the letter disagreeing with the reinstatement of the lockdowns, to also represent the people in your constituencies and resign from the UCP. The Albertans you represent need you now more than ever.
Lastly, if any of you MLA's believe as we do, that it is time for Alberta to be its own nation, we invite you to come join us in the biggest and most important movement to Alberta's future.
#DISCOVERYOURINDEPENDENCE

The Fox is in the Henhouse, Get the Gun

Albertans, get ready to be flogged, the Liberals have doubled down on their socialist and globalist build back better mantra with the introduction of budget 2021.

As the leftist horde comes looking for the hundreds of billions it will cost to implement economic stimulus packages for the likes of SNC Lavalin and Bombardier, a national pharma-care program to satisfy Jagmeet, and their personal wet dream – universal basic income, where will their scandalous beady eyes settle, of course, the already half-cooked golden goose….Alberta.

President, David Campbell stated “The Independence Party will be here to greet the Liberals with a load of buckshot if they try to lay one hand on Alberta taxpayer dollars, or if they try to trample our constitutionally given powers. We are the only Party that people can rely on to protect Albertans and our way of life.”

We call on all Albertans to do what is best for our future generations #DiscoverYourIndependence.

The UCP’s 2021 budget for Alberta is pandering to the socialist agenda. They have essentially told Alberta that we will be stuck in “pandemic” mode for quite some time.  There are no new ideas for keeping our seniors and vulnerable population safe and no plan to save the EXISTING small businesses that are being destroyed with their weak policies.  At the end of the day, Kenney’s UCP government will only cater to their federalist counterparts’ wishes.  They are not here for Alberta.

This budget guarantees the destruction of Alberta as indiscriminate spending continues in perpetuity. The health care budget does not address any real solutions to protecting the care homes and their job creation plan does not consider the people who have been financially destroyed by this pandemic.  What about anyone who is over 50 who has lost their job?  What about our Alberta small/medium business that are shutting their doors? There is no significant plan in the budget to protect people who have been the foundation of Alberta’s growth.

It is time to call on this government to end these lockdowns and come up with a real plan that protects our vulnerable and gets hardworking Albertans back to business!

Vicky Bayford, Director of Communications, The Independence Party of Alberta

THE INDEPENDENCE PARTY OF ALBERTA IS EXCITED TO ANNOUNCE THE RELEASE OF ITS PARTY PROGRAM!

Albertans deserve better!  Well here it is! The Independence Party of Alberta has released its party program to the public. After many long hours of volunteered time by our committee members who researched and reached out to Albertans to get feedback; we are pleased to announce the Board of Directors have approved the new program. “This plan is very unique and we look forward to hearing from the Alberta public,” stated Vicky Bayford, CFO & Director of Communications for the party. You can view the document here.

There will be an online town hall hosted via Facebook live on January 28, 2021 at 7pm. This is open to anyone who wishes to ask questions or comment on the new party program.

The Independence Party of Alberta would like remind you of your duty to Albertans.  You have fallen short of your "promise made, promise kept".  While we can see you have been busy trying to "save us" from a virus that most of us will survive, you have been negligent in protecting us from the federal government's plan to destroy our province. From fiscal unfairness in transfer payments and the increase in the carbon tax to Bills like C69 and C48, you have accomplished NOTHING.  Your fair deal panel came back with a report and you still have not acted on it.  You whine and complain to this corrupt federal government body and you write letters full of hot air!  Where is the action?!  When do Albertans get treated fairly?!  When do you start doing your job?!  It is time for a referendum for separation!

We implore you Mr. Kenney to do the right thing!  Call a referendum for separation NOW!  We will never get a fair deal and talking about it is not CHANGING anything.  Things are turning dire sir!  Action needs to happen now! If you truly care for Alberta, then do something!

When the next election comes and we are still part of this stacked system, The Independence Party will be ready to take Albertans where THEY want to go!  A government will be built by Albertans for Albertans.  We will get out of this tyrannical cesspool and you can leave to be with your globalist cronies. You will be remembered, don't worry.  Probably just not as you think of yourself.

You still have the ability to do the right thing for Alberta!  Will you do it? 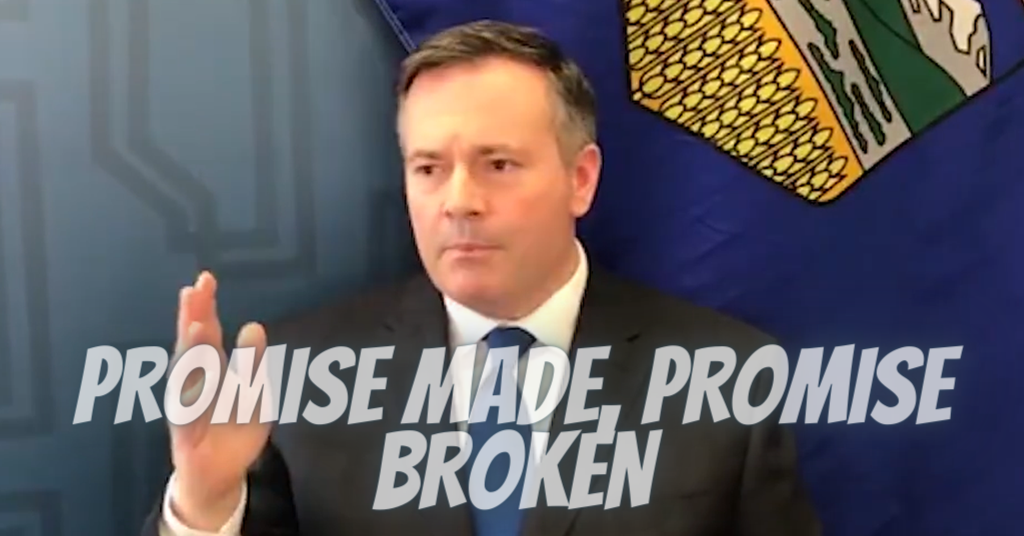 Albertans have suffered irreparable harm by the inability of the UCP government, under the direction of Jason Kenney, to act swiftly and decisively when originally faced with the Covid-19 crisis. The two-faced approach of this government; talking about preserving freedoms in one breath and little by little taking them away in another, has caused confusion and more divisiveness in our province than had they actually just chose a course of action.

TIP President David Campbell stated: “The emotional and economic toll that federal and provincial governments have levelled upon Albertans will become tragically clear very shortly. Bankruptcies, joblessness, and suicides, already at historic levels will, undoubtably, continue to skyrocket. Although Albertans are resilient and hardy people, the future of our children and grandchildren is being destroyed because governments of all stripe and level continue to pile on ideologically unnecessary and unwarranted lockdowns. Moreover, the billions in debt being accumulated by these globalists is completely unsustainable.”

We call on Mr. Kenney and his sycophants to reverse these oligarchic measures and protect our vulnerable seniors and citizens in our assisted living facilities, repeal the draconian legislation inside of Bill 10, and stop pandering for votes by trying to play both sides of the fence.  The only real danger for Albertans is to stay in lockdown!

Join us on November 26, 2020 at 7:00pm for an online townhall hosted by our executive board on Facebook live. The Independence Party will be doing a 30 to 40 minute presentation followed by a Q & A session. We look forward to seeing you there! 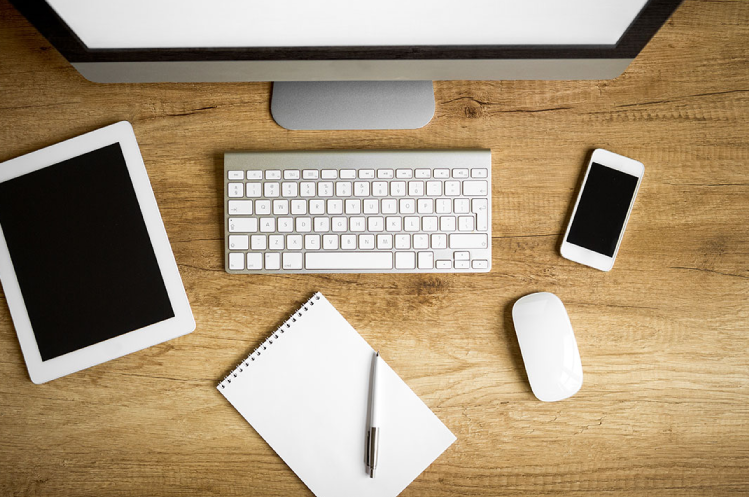